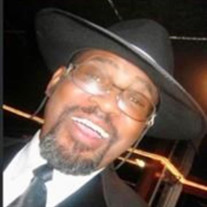 Willis Cornelious Grays (or Willie G, as he like to be called) was born 21 Nov, 1951, in Martinez, CA. He passed away, unexpectedly, after a brief illness on 17 Sept, 2020, in Lakeland FL. He was a beloved Husband, Father, Son and Brother. Willis grew up in Pittsburg CA, and attended Pittsburg Senior High School. Upon graduation he worked a few jobs, and attended college, until he decided to join the USAF. He enlisted and spent one year as a Fire Protection Specialist, and the other 19 years and two months in the Supply career fields. He spent time at three different bases in CA, and travelled the world to include Turkey, Korea, England and Japan. When he retired from the USAF, 10 June, 1991, he had attained the rank of TSgt, attended many hours of training, mentored new airmen, and made numerous friends across the globe. Willis was a well-decorated veteran obtaining at least ten decorations, medals, citations and campaign ribbons. Upon his retirement he worked in the Commissary at Fort Irwin, CA and then in Logistics at Barstow Naval Station, CA, before securing a full-time Civil Service position with the DoD at Edwards AFB. During his tenure he worked in Munitions, Supply and finally the Communication field where he purchased all computer and technology equipment for the entire base. Willis retired on 31 March, 2017 from his DoD position – he had served the military well for over 40 years! He resided in Victorville, Lancaster and Rosamond before leaving the CA desert for his retirement home in Lakeland, FL, in August 2017. When Willis loved he did it whole-heartedly…his wife, his daughter’s, family and friends, and more especially his grandchildren. He had a passion for cooking, and was very good at it. He also had a deep affinity for his truck…his baby! Willis loved traveling and enjoyed many different countries, adventures and cultures with wife, family and friends; even a short drive, in his truck, exploring the local area was pleasurable to him. His infectious smile, and humor, lit up a room and his personality made people gravitate to him – he always had a story to tell. He was kind, unassuming and approachable, and made, and maintained, many old friendships from his early military days. Willis is survived by his wife of 19 years, Laurie Grays of Mildenhall, Suffolk, U.K. Also, his daughter Shannon Grays of Everett, WA, and two stepdaughters, Tania Bean of California City, CA, and Danielle Bean of Dallas TX, and his five grandchildren – James, Ta’miah, Kassius, Madison and Neveah. He is also survived by his four sisters Eileen Curry of Stockton, CA, GiGi Reitzell of Corona, CA, Nadine Williams of Oakland, CA, and Loretta Alexander-Smith of Victorville, CA, and numerous Nephews and Nieces. Willis is preceded in death by his Father Jimmie Grays Sr., his Mother Cusie Grays, his sisters Lily Meeks, Carolyn Rosado and Shirley Scott, and his brothers Jimmie Grays Jr., Michael Grays, Albert Grays Sr., Kevin Grays, and Billy Grays. Service will be held at the Florida National Cemetery, 6502 SW 102nd Ave., Bushnell, FL 33513 @ 10.00 on 22 September, 2020. Please remember to wear your mask and practice social distancing. Also, please be prompt as this is a busy Veteran’s cemetery and they have a tight schedule to maintain.

Willis Cornelious Grays (or Willie G, as he like to be called) was born 21 Nov, 1951, in Martinez, CA. He passed away, unexpectedly, after a brief illness on 17 Sept, 2020, in Lakeland FL. He was a beloved Husband, Father, Son and Brother. Willis... View Obituary & Service Information

Willis Cornelious Grays (or Willie G, as he like to be called)...