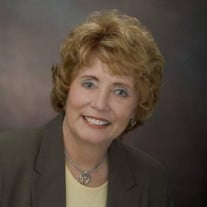 Dr. Sandra H. Harwell (Sandi) was born in Illinois on February 4, 1948. She graduated from Haines City High School. Following high school, she earned a nursing degree from the Polk Community College. She later earned her bachelor’s degree from Florida Southern College, her master’s degree from The University of Florida as a nurse practitioner, and her Ph.D. from the University of South Florida. Sandi began her career as a nurse and worked in several different areas of the hospital such as the OR and Labor and Delivery. She was the head nurse for Dr. James Allen, OBGYN for many years before beginning her career as an educator. She began teaching nursing at Travis Technical College (formerly known as Travis Vo-Tech.) Later, she became the Health Occupations teacher at Lake Gibson High School. This role led to becoming involved in developing curricula at a national level and then began working at the USF Area Center for Educational Enhancement. She later became the Vice President of Professional Development for an educational research and development company in Texas. This required her to travel often and when her husband’s health required her to be closer to home, she accepted a position as an Assistant Principal at a Technical College in Orange County. She loved learning and loved helping others reach their learning goals. While building her career, Sandi was also building her family. She married the love of her life, Doug in 1967 and together had three children. Sandi sang in the adult choir, was a Sunday School Teacher, Children’s Choir Director, team mom for sports teams, PTA President, little league score keeper, and anything else that needed to be done. She loved to entertain; and the Harwell home was the site for many team parties, Sunday lunches, and family gatherings. Sandi was preceded in death by her loving husband Doug. She is survived by her children Shari Richard (David Richard, III), Douglass Harwell, III (Teresa Harwell), Russell Harwell (Cara Harwell), and her grandchildren Sarah Richard, Emily Richard Dyel (Chris), Kaitlyn Harwell, Kimberly Harwell, Lily Harwell, and Liam Harwell. Visitation will be Friday, October 29th from 9-10:00 AM at Gentry-Morrison Funeral Home, Serenity Gardens Chapel. Funeral Service to follow at 10:00 AM. Sandra will be laid to rest with Doug at Florida National Cemetery in Bushnell on Monday, November 1st.

The family of Sandra Harwell created this Life Tributes page to make it easy to share your memories.

Send flowers to the Harwell family.