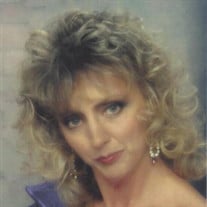 Sally L. Johnson, 68 Lakeland - Sally Lynn Johnson passed away on June 12th, 2021. Sally’s life may have been cut short, but she touched the hearts of so many while she was here with us. Sally was a beloved wife, mother and grandmother who cherished her family and spending time with those she loved so dearly. Sally was born on November 15, 1952 in New Castle, Pennsylvania to her parents William and Pauline Lambright, and eight siblings, sister Barbara Cameron, brother Bill Lambright, sister Ina Strealy, brother Donnie Lambright, brother Roy Lambright, sister Nancy Cooper, sister Patty Dean and sister Kathy Broome. Before divorce, Sally’s second marriage brought her two children, son Ronald Blanton and son Randy Blanton. After many prayers for the right person to enter her life, she found her soul mate, Michael Johnson, and the two were married on August 11th, 1987. This union blessed her with two more children, son Michael Johnson and daughter Kimberly Johnson. What may have seemed like a non-traditional family from the outside, the bond created within this family superseded any blood relation or tradition. Sally cherished the addition of her four grandchildren, Chelsea Johnson, Michael Campagnone, Ashlyn Blanton, and Emersyn Blanton, and two great-grandchildren to follow. Her family was diverse and complex, yet her love for each member of the family never wavered. Sally’s passion for family was at the very heart of who she was. She endured the loss of so many loved ones during her lifetime. She was preceded in death by her soulmate, Michael Andrew Johnson, her husband of 26 years, and Ronald Blanton, her eldest son and all but one of her siblings. Sally is survived by son, Randy Blanton and family, sister Kathy Broome and family, sister-in-law Theresa Imes and family, daughter Kimberly Johnson and family, and a host of beloved family members. A celebration of life for all friends and family will be held in Lakeland, Florida on Friday morning, June 18th, 2021, at 10:00 AM, located at Gentry-Morrison Funeral Home Southside Chapel 1727 Bartow Road, Lakeland, FL 33801. A second service will follow at the Florida National Cemetery, 6502 SW 102nd Avenue, Bushnell, FL for her final resting place with her beloved husband. In lieu of flowers, these two charities were dear to her heart. A donation in her name would’ve meant so much more to her. Cerebral Palsy Foundation https://give2cpf.org/ Huntington’s Disease Society of America https://hdsa.org/ John 14:1-3 “Do not let your hearts be troubled. You believe in God; believe also in me. My Father’s house has many rooms; if that were not so, would I have told you that I am going there to prepare a place for you? And if I go and prepare a place for you, I will come back and take you to be with me that you also may be where I am.”

Sally L. Johnson, 68 Lakeland - Sally Lynn Johnson passed away on June 12th, 2021. Sally&#8217;s life may have been cut short, but she touched the hearts of so many while she was here with us. Sally was a beloved wife, mother and grandmother... View Obituary & Service Information

The family of Sally Lynn Johnson created this Life Tributes page to make it easy to share your memories.

Send flowers to the Johnson family.