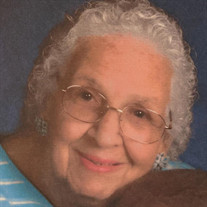 Rose Mary Tomon, 84, passed away on Friday, November, 5, 2021 following a short illness. Having put her trust in Jesus Christ as her personal Savior, one moment she was at Lakeland Regional Medical Center, and the next she was experiencing II Corinthians 5:8, "We are confident, I say, and willing rather to be absent from the body, and to be present with the Lord." On August 27, 1937, Rose Mary was born in Logan, West Virginia to Harlen Herald and Loretta (Johnson) Herald. She eventually ended up in Cleveland, Ohio, where she met the love of her life, Edward, in October 1954. They both were attending a dance at a community center, when Ed saw her standing by a wall alone and asked why she wasn't dancing. She replied, "No one has asked." They danced that night, fell in love, eloped in February 1955, and danced through life till a month short of their 62nd anniversary, when Ed passed away on January 24, 2017. To their union was born three children, Edward (Jr.), Evelyn, and Patricia. As a family, they lived several places in Ohio and then in the Richmond, VA area. As the kids started leaving home one at a time, they moved back to Ohio and then eventually returned to Virginia, from which they retired to Florida in 1998. Rose and Ed both enjoyed traveling and over the years made several trips to Hawaii, embarked on a number of cruises, went to Germany a couple of times, as well as making many other shorter trips--especially those to Florida to dream and plan for their retirement, which became a reality when they first moved to Leesburg for 3 years and finally to Lakeland 20 years ago. For more than 40 years, she was a waitress in everything from diners to fine dining restaurants, and in being part of the wait staff of special events, such as the President's Dinner for George H. W. Bush in Washington, D.C. in 1992. Her experience in serving led to other areas of service, as she and Ed volunteered together for Toys for Tots (she was the spokesperson for the Christmas drive in their park for many years) and VISTE, where Rose loved snapping green beans for their Thanksgiving meal, as well as filling bags with groceries and delivering meals with Ed. Other things Rose enjoyed were reading, quilting, bowling, shuffleboard, BINGO and, of course, spending time with her many grandchildren and great-grandchildren. Surviving Rose are her 3 children, 11 grandchildren, 23 great-grandchildren, a sister, 2 brothers, and a number of nieces, nephews, and other relatives. Rose will be cremated and will be inurned with Edward at the Florida National Cemetery in Bushnell, FL on Wednesday morning, November 17, with a Celebration of Life service and luncheon at 1:00 p.m. at the Foxwood Lake Estates Clubhouse, 4848 Foxwood Blvd, Lakeland, FL 33810.

Rose Mary Tomon, 84, passed away on Friday, November, 5, 2021 following a short illness. Having put her trust in Jesus Christ as her personal Savior, one moment she was at Lakeland Regional Medical Center, and the next she was experiencing II... View Obituary & Service Information

The family of Rose Mary Tomon created this Life Tributes page to make it easy to share your memories.

Send flowers to the Tomon family.