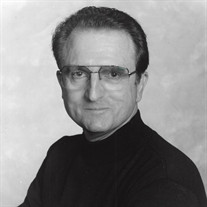 Robert “Bob” Douglas Siedle born on August 8, 1932, in Canton, Ohio the son of Arnold Siedle and Elizabeth Caan, passed away on October 16, 2021. He is survived by his loving wife Paz Siedle and extended family. Bob graduated with his BA degree from Hiram College in 1956. Bob began his professional career as a teacher/administrator working with groups of special education students while also serving as elected delegate to the city, county, and state education associations. After leaving the education field, he began working for a private business as a salesman for 3M in Chicago, progressing upward to hold management posts with major corporations such as Bell & Howell and American Standard. During the conflict with Vietnam, he was responsible for designing and implement the weapons security system for the United States Army(WECOM). Bob later began to work for ATC Corporation in California as a division manager, where he produced a career exploration program that was adopted by the State of Florida. Bob also created a special evaluation and counseling program for hard-to-place young adults in the City of Boston. He had authored ALPHABET ZOO, a multisensory reading readiness program that many experts said wouldn’t work in the classroom, but it did, and became a company best seller. One of the products that Bob was involved with caught the eye of Warren Brothers for use in the film, The Heretic, and this became a springboard for his entry into the motion picture business as General Manager of Niles Entertainment in Hollywood, California where he produced the original rock video “Stampin’ Ground”. It was at this high point in his career. Bob has appeared on several national radio and television programs in USA as well as Canada. Bob has published and appeared in books and magazines such as Word Magic, The Sound of Poetry and The Sunshine Press. In addition , he received many awarded throughout his career including 1993 Man of the Year (ABI), Noble Prize of Outstanding Achievements and Contribution to humanity ( UCC) and 20010 Ronald Reagan Presidential Foundation Partnership Award. Bob was an avid poet. He enjoyed Poetry, Collectibles, Military History , Maritime History and Aviation. A visitation will be held Saturday, October 23, 2021, at 10am at Gentry-Morrison Funeral Home Serenity Gardens Chapel. Services will follow at 11am at the funeral home, followed by interment at Serenity Gardens.

Robert &#8220;Bob&#8221; Douglas Siedle born on August 8, 1932, in Canton, Ohio the son of Arnold Siedle and Elizabeth Caan, passed away on October 16, 2021. He is survived by his loving wife Paz Siedle and extended family. Bob graduated with... View Obituary & Service Information

The family of Robert "Bob" Douglas Siedle created this Life Tributes page to make it easy to share your memories.

Send flowers to the Siedle family.