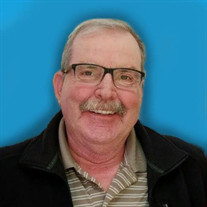 Robert P. LaBonte, age 69 of Lakeland, Florida, passed away with his loving family by his side on December 18, 2020 after a massive heart attack. He was born on October 13, 1951 to Aime and Theresa LaBonte. He grew up in Lewiston, Maine. In 1977 he married Charlene Whittier and they raised their family in Lewiston. In 2005, the family relocated to Lakeland, Florida. Family time was extremely important to him; he loved spending time with his children and his beloved grandchildren and attending their events; they meant the world to him. He felt empty if he went a week without seeing or talking to them. He was an amazing grandfather and it was obvious by the way his grandchildren idolized their “Poppy”. He was a Vietnam Veteran who proudly served his country. During the war Bob was exposed to Agent Orange, which later in life caused him many health issues. He was awarded the Air Medal and Bronze Star for his outstanding service. Bob worked as the Service Manager for CoolSys Refrigeration. He is survived by his loving wife Charlene LaBonte, his son Nicholas LaBonte, his daughter Mandy Cyr and her husband Derek Cyr, who he loved and treated as his own son, and his grandchildren Mason and Madelyn Cyr. He also leaves his sister Irene LaBonte, brother Richard LaBonte, brother and wife Maurice and Cindy LaBonte whom all supported and loved him dearly; his Mother and Father in law Betty and Paul Whittier; nieces and nephews, including Pam, Amy and Mike who he watched grow up living next door and many dear friends. Bob was loved by many and his spirit will live on through all the lives he touched. During this difficult time, there will be a graveside service on Wednesday, December 30th, 2020 10:00am ET, at Serenity Gardens, 3350 Mall Hill Drive, Lakeland, Florida. Hopefully by summer, conditions will be safe and a Celebration of Life to be held in Maine will be planned and announced at a later date. In lieu of flowers, donations can be made to charities that touched Bob’s heart, St. Jude’s Children’s Research Hospital (https://www.stjude.org/) or the ASPCA (https://www.aspca.org/) .

Robert P. LaBonte, age 69 of Lakeland, Florida, passed away with his loving family by his side on December 18, 2020 after a massive heart attack. He was born on October 13, 1951 to Aime and Theresa LaBonte. He grew up in Lewiston, Maine.... View Obituary & Service Information

The family of Robert P. LaBonte created this Life Tributes page to make it easy to share your memories.

Robert P. LaBonte, age 69 of Lakeland, Florida, passed away with...

Send flowers to the LaBonte family.