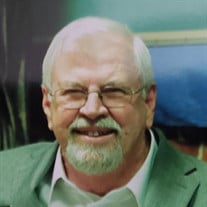 Paul Frederick DeWinter, LT / US Navy (Retired) died 10 April 2022 at Lakeland Regional Medical Center in Lakeland, Florida with his beloved family by his side. He was the husband to the late “KC” Katherine Suzie Jarrett, brother to Maryanne Stevens, and father to Mike and Sean DeWinter. Paul was born in Beverly, Massachusetts to Fred and Mary DeWinter on 30 July 1948. By all accounts Paul was a good, spirited child who served as a protector to his younger sister and at times a caregiver to his mother. The family moved from Massachusetts to Lakeland, Florida in 1960 based on the tenets of selfless service to best support the health of his mother, Mary DeWinter. Paul graduated from Lakeland High School with the class of 1966 and continued his journey of service entering the US Navy in 1967. Paul served for 25 years in the US Navy aboard many ships during multiple deployments while mentoring others in defense of this great nation. He was a Line Duty Officer obtaining the ranks of Chief Petty Officer, then Warrant Officer, and later becoming a Commissioned Officer before retiring in 1992. Paul was a technical expert - - his experience and knowledge was profound in both supporting the military and paving his way in the civilian sector. Upon retiring from the US Navy he served with a number of IT related businesses until ultimately retiring in 2018 at the age of 70. But Paul was much more…. Paul deeply loved - - he was passionate, thoughtful, altruistic, catering, and humble. Paul was kind to everyone and went out of his way to make people smile. Often, Paul would not be afraid to create a scene or go the extra mile to bring humor to a situation. While some may have been a bit embarrassed, Paul was not afraid to raise the spirits or compliment others solely to lighten the mood and make others feel better. Paul experienced the ups and downs of life between loss and divorce to meeting his soulmate and best friend “KC”. Both attended Lakeland High School graduating in the class of 1966 only to reunite at their 40th reunion in 2006. Their beautiful union on 11 November 2011 at The Terrace Hotel and Lake Mirror brought together so many friends. Together they wrote poetry, traveled the world, served on the alumni committee, and loved their many animals. Both KC and Paul enjoyed spending time in Erwin, Tennessee attending the Apple Festival and storytelling events in neighboring Jonesborough, TN. Paul loved his wife and mourned her 2020 loss with a forever broken heart. However, looking back, his last 12 years were amazing. Paul returned home to Lakeland Florida and was surrounded by friends and family. Paul had a wonderful relationship with his sister, Maryanne Stevens who after many years of serving as her protector and confidant, the two grew more to being the closest of friends; thus, she cared for him. Maryanne is a gift from heaven and cared for Paul like no other - - she is an angel and Paul needed her during the difficult times. Paul was a magnificent father and friend. Again, being an expert of life circumstances, he would note, “I may not be able to fix it, and, our stories may be different, I am with you…you are not alone”. Paul - you are not alone. You have left a mark on this world and with so many. You are a kind soul and an absolute gentleman. You have helped more than you will ever know and have given far more than one should. Your story can never be reduced to a brief obituary - - you, Paul DeWinter are a legend and have made the world a better place. LT Paul F. DeWinter (Ret) is survived in death by his sons Michael David (wife: Kathy) and Sean Patrick (wife: Jennifer) DeWinter; his sister, Maryanne Stevens (Husband: Rick), his nephews Daniel Stevens (wife: Elizabeth) and Brian Stevens (wife: Tiana). Paul was often surrounded by the love, sounds, and attention of so many grandchildren as well as small nephews and nieces cheering support and admiration. "Fair Winds and Following Seas" A memorial service will be conducted graveside at the Oak Hill Cemetery on Monday 18 April 2022. Guests are asked to arrive to the 1727 Bartow Road location no later than 8:15 am on this date; the procession will begin at 8:30 am. In lieu of flowers please make a donation to the spcaflorida.org in honor of Paul F. DeWinter

Paul Frederick DeWinter, LT / US Navy (Retired) died 10 April 2022 at Lakeland Regional Medical Center in Lakeland, Florida with his beloved family by his side. He was the husband to the late &#8220;KC&#8221; Katherine Suzie Jarrett, brother... View Obituary & Service Information

The family of Paul Frederick DeWinter created this Life Tributes page to make it easy to share your memories.

Send flowers to the DeWinter family.