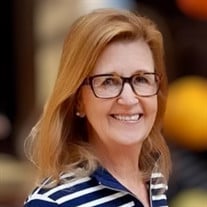 Linda Lee Bowman, 73, our angel on earth, passed away peacefully March 1, 2022 at Good Shepherd Hospice in Auburndale, Florida. Linda was born on April 1, 1948 in Tampa, Florida to Elizabeth Beasley (Brinson was her maiden name and Nichols was her married name when she passed) and Henry Beasley. She graduated from Chamberlain High School in 1965 where she was a majorette and had dreams of pursuing a modeling career. Linda worked for Eastern Airlines for 16 years fulfilling many positions including Reservations and Accounting roles until the company closed its doors. She moved directly into the Staffing Industry where she worked her way up and eventually earned her title as Director of Staffing at Vaco until she retired in 2011. Linda took great pride in her career as a successful business woman and was recognized as a "Women in Business" nominee. As a single mother for many years, Linda understood the struggles associated with being a single parent. As a result, she wrote a letter to former President Bill Clinton requesting him to carry out a strategic plan to offer salaried employees what later became known as "flex time" in the work place to make it possible for employees to be able to put their families needs first without facing the fear of retribution. Linda had already implemented this plan within her own organization and was commended by the former President for her efforts to protect the family unit. After retirement, Linda thoroughly enjoyed trips to Seminole Hard Rock Casino in Tampa where she was known as a YouTube creator of her own slot channel, Linda Lee All About Slots. In her videos, she introduced a variety of her favorite slot games to the public and absolutely loved to correspond with her many followers on her wins & loses. Linda had an impeccable reputation for being both classy and graceful so it was no surprise that in 1989 she caught the eye of her knight and shining armor, Robert J. Bowman whom she married a year later in 1990 and spent the next 32 years as his loving, devoted wife. She enjoyed supporting his career as former Athletic Director and Head Basketball Coach of Pasco Hernando State College. Linda loved to travel and always wanted to visit Paris which was one day away from coming true when the attack on France put an end to their travel plans. She had a love for designer purses and shoes and was a perfectionist when it came to most things in her life. She kept an impeccable home and was a phenomenal southern cook. Linda had a very strong faith in the Lord and together with her husband, were members of the First Assembly of God in New Port Richey, Florida for 23 years. Linda loved volunteering in the children's center taking care of "the little people" as she would refer to them. She was a firm believer in always staying positive, finding good in everything bad, and always giving more then receiving. She made frequent donations to the Children's Home. Most of all, Linda adored her family and making precious memories with them. She was an outstanding wife, mom, nana and grandma and taught us all the meaning of true unconditional love, our faith in the Lord and to be grateful for the little things. She never failed to make every occasion extra special right down to the package her gifts were wrapped in. She never met a stranger and was the first to offer help to anyone that was in need. Linda was a true matriarch to her family and will be forever be missed. She was preceded in death by her beloved daughter, Cami Massingill; Brother, Eddie Beasley; Mother, Elizabeth Nichols; Father, Henry Beasley. She is survived by her husband, Robert J. Bowman of Auburndale, Florida; Daughter Bridget Cowell (Mike) of San Antonio, Florida; Daughter Wendy Hope (Steve) of Auburndale, Florida; Bonus son, Bobby Bowman of Siesta Key, Florida; Sister, Linda Proctor Irons (Bill) of Macon, Georgia; Grandchildren, Elizabeth Dollman, Shelby Smith, Cayne Hollahan, Ashleigh Hinnerschietz, Austin Blomeley, Savannah Kowalski, Michael Cowell, Jr., Crystal Cowell, Bayou Bowman; 10 great-grandchildren; and many nieces and nephews that she loved very much. It was Linda's wishes to have a private ceremony scheduled at a later date. In lieu of flowers, donations may be made to Good Shepard Hospice in Auburndale, Florida.

Linda Lee Bowman, 73, our angel on earth, passed away peacefully March 1, 2022 at Good Shepherd Hospice in Auburndale, Florida. Linda was born on April 1, 1948 in Tampa, Florida to Elizabeth Beasley (Brinson was her maiden name and Nichols... View Obituary & Service Information

The family of Linda Lee Bowman created this Life Tributes page to make it easy to share your memories.

Linda Lee Bowman, 73, our angel on earth, passed away peacefully...

Send flowers to the Bowman family.