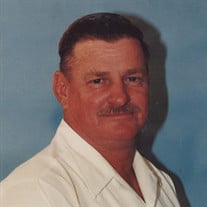 Leon Sanders, 74 of Lakeland Fl, passed away on June 2nd 2020. Leon was born on September 15th 1945 to Hoyd and Barbara Sanders in Calico Rock Arkansas. Leon married the love of his life Barbara J Kingsley on June 18th 1965 and was a member... View Obituary & Service Information

The family of Leon Sanders created this Life Tributes page to make it easy to share your memories.

Send flowers to the Sanders family.