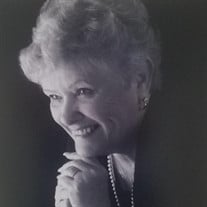 Judith was born in Minot, North Dakota on July 16, 1938. She passed away on October 10, 2020 in Lakeland, FL. She was 82 years old. Judith is survived by her husband of 15 years, Gordon Bean. They have been together since 1998 and were married December 16, 2005. Judith's sister Gayle preceded her in death. She is survived by her two sisters Arlene Vogelaar, and Karen Scott, and four children, Dawn Hatcher, Steve Lawson (spouse Grace Lawson), David Billy (spouse Heather Billy) of Naples, FL and Shari Beck (spouse Keith Beck) of Lakeland, FL. She is also survived by her wonderful eleven grandchildren and eight great grandchildren, with whom she was extremely proud of. Judith was a loving wife, friend, aunt, parent, grandmother, and great grandmother. She never forgot a birthday and was always interested in her family and friend's lives. At a young age, Judith's family moved to southern California from North Dakota. She was raised in the Burbank area and graduated from high school there. When she was 15, her father passed away suddenly of a aneurysm. After high school she married her high school sweetheart, and had her two oldest children who were born in California. When she was just 20 years old she cared for her mother before she also passed away at 41 years of age. These circumstances were tough for her and her three younger sisters as well. Judith experienced heartache and hardships at a very young age, which could have caused her to be broken, but instead made her stronger. She moved to Florida in 1961 and had her two younger children there. Naples, Florida is where Judith spent the majority of her life and raised her family. Her professional life began as a manager for W.T. Grants department store in Naples. Shifting her vocation showed how talented and skilled she was. She worked several years for Arthur Rutenberg Homes as a construction manager building custom homes. Eventually she became the general manager for the resort Port of the Islands. For many years she was the operations manager for a team of Neurosurgeons and Neurologists, as they expanded into four different locations. In 2000 Judith retired and travelled the world. Judith had a passion for traveling. She and Gordon traveled around the U.S. and to numerous foreign countries and saw the world. Even after all of her travels, she was just as happy to be home sharing her routines with Gordon and keeping up with her family and friends. Judith Ann Knotts was an amazing woman, who loved deeply, and who lived life on her terms. Her legacy lives on in her children, grandchildren and great grandchildren. In lieu of flowers, her family is requesting donations be made to the American Heart Association. https://www2.heart.org/site/SPageNavigator/donatenow_legacy.html&s_src=20U2W1EEMM&sub_src=main_nav_memorial_link

Judith was born in Minot, North Dakota on July 16, 1938. She passed away on October 10, 2020 in Lakeland, FL. She was 82 years old. Judith is survived by her husband of 15 years, Gordon Bean. They have been together since 1998 and were married... View Obituary & Service Information

The family of Judith Ann Knotts created this Life Tributes page to make it easy to share your memories.

Send flowers to the Knotts family.