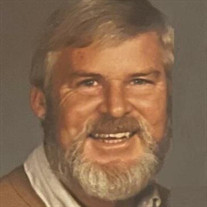 John Wayne Kennard, born October 13,1942 to Clarence & Nobie, passed peacefully from this world in the early morning of the 29th day of October, 2021. John’s exit was preceded by his parents, Nobie & Clarence, brother Wilbur, sister Inez, and son Evan. He was a loving husband to Pam; dedicated father to Mary, Brian, and Christy; devoted grandfather to Elizabeth, Tyler, Samuel, Brandon, Gracie, Blayke, Autumn, and many great-grandchildren; loving brother to Ruth, and Clarence; and uncle to his many nieces & nephews. As a soldier in the U.S. Army, John Wayne traveled abroad to Germany & Japan, but called home the small town of Lake Wales. From there he had an adventurous life, full of stories we were all blessed to have enjoyed. His sales business was built on honesty and dependability and transcended over 45 years. Not only business associates, but friends and family alike, could always count on his “Johnny-on-the-spot” dedication. Even in his latter years, John was a pillar of strength to all who were blessed to be in his life. He will forever be remembered as the kind of man you saw in the old black and white movies: a soldier, a cowboy, a businessman, loving with his whole heart, and putting his entire being into whatever task was before him…until the day Jesus took him home. Until we meet again, we tip our hats to our beloved John Wayne.

The family of John Wayne Kennard created this Life Tributes page to make it easy to share your memories.

Send flowers to the Kennard family.