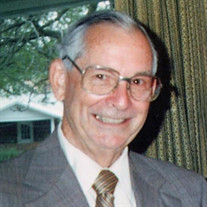 Floyd Ziegler, Lakeland Born in Sarasota Florida, August 22, 1932, Floyd went to be with his Lord and Savior on April 4th, 2022. He was 89 years old. After graduating from Sarasota High School in 1950, he began his college experience at King College in Bristol, Tennessee. After 2 years he left King College to operate his father's business due to his father’s failing health. In 1953 he was invited to spend the next two years in the U. S. Army. He was stationed in Indiana and Colorado. After leaving the Army, Floyd resumed his college experience at the University of Miami (Fl). He graduated in 1957 with a degree in Business Administration. In 1958, Floyd married the former Linnie I. Tamplin. Together they had three children, F. Clark, Lee, and Mary. For almost 30 years, Floyd held sales and management positions with Standard Oil, later Chevron. After retirement, Floyd spent his time between his beloved farm in West Virginia and Lakeland, FL. He was a devoted Mason and was active in lodges in Sarasota, FL; Lakeland, FL; Oakland, MD; and Davis, WV. He served in many official positions, including Most Exalted Grand High Priest, Royal Arch Masons for the state of Florida in 1985-86. Floyd was an active member of the Fla. West Coast and the R.P. Tew Blood Banks, donating gallons and gallons of blood. He was a member of the American Legion, Post 4, Lakeland, FL and an honorary lifetime member of the Florida Sheriffs Association. Floyd was a member of several churches, most recently Grace Reformed in Oakland, Maryland and Trinity Presbyterian in Lakeland, FL. Floyd's wife, Linnie, preceded him in death in 2001. He is survived by his children F. Clark Ziegler, Lee Ziegler, and Mary Ziegler, Son-in-Law Bruce Bohanon, and three grandchildren Justin Ziegler, Lauren Ziegler and Christian Ziegler. A service will be held in Oakland, Maryland this summer. In lieu of flowers, donations to Cornerstone Hospice in Lakeland, Florida would be appreciated.

Floyd Ziegler, Lakeland Born in Sarasota Florida, August 22, 1932, Floyd went to be with his Lord and Savior on April 4th, 2022. He was 89 years old. After graduating from Sarasota High School in 1950, he began his college experience at King... View Obituary & Service Information

The family of Floyd Ziegler created this Life Tributes page to make it easy to share your memories.

Send flowers to the Ziegler family.