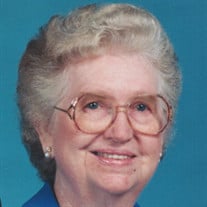 Esther Alyne Pollock Pettypiece, age 95, of Lakeland, died peacefully on September 26, 2021, at the home of her son, surrounded by her loved ones. Esther was born on August 31, 1926 to Julia Tanner Tancred Pollock and James Monroe Pollock, Sr. in their home in Kathleen, Florida. After Esther graduated from Kathleen High School in 1944, she completed her Registered Nurses training in 1948 through the Cadet Nurses Corp at Orange Memorial Hospital in Orlando, Florida. In 1983, she earned her Bachelor of Science in Nursing from Florida Southern College in Lakeland, Florida, graduating magna cum laude. Esther worked for many years as a registered nurse in the Lakeland area. She served in positions of leadership at the hospital, and in the offices of several local physicians. Her skill and compassion served many in the Kathleen community as she ministered to the sick and gave support to the families of the terminally ill. While working at Morrell Memorial Hospital, now known as Lakeland Regional Health Medical Center, she met Robert “Bob” Pettypiece. Bob worked at the Lakeland Fire Department. They married in 1953, and had one son, Robert. From an early age, Esther was well known for her knitting and crocheting. She would pray as she knitted “chemo caps” of soft yarn for people going through cancer treatment. Afghans, blankets, doilies, baby blankets, caps and booties, sweaters, scarves, and knitted dish cloths are just some of the gifts she made and lovingly shared. At her passing, Esther was the oldest and longest active member at Kathleen Baptist Church. She taught Sunday school for over 75 years, sang in the choir, and was a leader and servant of God in the church that she loved. She was a mentor to many young women at KBC. Esther is preceded in death by her husband Robert P. Pettypiece, Sr. She is survived by her son, Robert, his wife, Gail, four grandchildren, two great grandchildren, two sisters-in-law, and many beloved nieces and nephews. Visitation will be held at Kathleen Baptist Church on Saturday, October 9, 2021 at 10:00 A.M. The service will begin at 11:00 A.M., with internment following at Bethel Baptist Cemetery.

Esther Alyne Pollock Pettypiece, age 95, of Lakeland, died peacefully on September 26, 2021, at the home of her son, surrounded by her loved ones. Esther was born on August 31, 1926 to Julia Tanner Tancred Pollock and James Monroe Pollock, Sr.... View Obituary & Service Information

The family of Esther Alyne Pollock Pettypiece created this Life Tributes page to make it easy to share your memories.

Send flowers to the Pettypiece family.