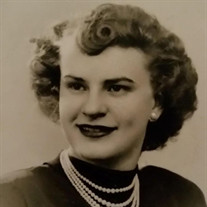 Janes, Dorothy (Parke), age 92, passed away on October 20, 2021. Dorothy was born on November 17, 1928 to the late William and Mary Elizabeth Parke in Pittsburgh, PA. Dorothy married the late William C. Janes of Chicago, IL. They moved to Plant City, FL in 1983. Dorothy and her husband were very active members of Beulah Presbyterian Church in Churchill, PA. They both taught Sunday school and Dorothy was an assistant in the church youth program and a choir mother. In addition, Dorothy was a volunteer in the Dietetic Department at the Pittsburgh Hospital and a member of the Women’s Auxiliary. She was a member of Eastern Star, Orient Chapter 35. After moving to Plant City, Bill and Dorothy attended The First Baptist Church of Plant City. Dorothy is survived by two sons William Gary (Karen) and Kevin Scott (Marykay), five grandchildren, Kelly Schuit (Mark), Ryan, Preston (Brittany), Lauren and Dustin, and two great grandchildren Chloe and Scarlett Schuit. She is survived by her sister-in-law, Grace Parke, many nieces, nephews and cousins in the United States and additional relatives in Northern Ireland. She was preceded in death by her two brothers, William (Jean) and Robert and Bill’s sister LaVerne Janes Carlson (Fred). No flowers please. Any donations may be made to Samaritan’s Purse, P.O. Box 3000, Boone, NC 28607. www.samaritanspurse.org or the American Heart Association, National Center, 7272 Greenville Avenue, Dallas, TX 75231. www.heart.org.

The family of Dorothy Irene Janes created this Life Tributes page to make it easy to share your memories.

Send flowers to the Janes family.