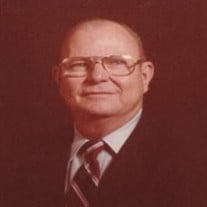 David (Dave) J. Partin, Sr. went home to be with his Lord on Wednesday March, 3rd, 2021. Born at home in Kathleen, FL on Aug. 8, 1929, Dave moved to Thomasville, GA at 7yrs. old, joining the Air Force at 18, where he proudly served his country for 4yrs. Upon discharge, Dave moved back to Lakeland to marry Hilda Beatrice Tyner. His humble beginnings taught Dave the meaning of hard work which helped him throughout his career. Dave was successful in many ventures, including but not limited to, bearing businesses in both Central Florida and Carmel, Indiana; mobile home parks in Central Florida and more. Dave served on many committees and boards including: The Imperial Polk County Blue Ribbon Committee in 1974 where he and other members helped plan the future business and economic growth of Polk County, helping it become Florida’s leading sought after location for business, that it is today, President of the Board of Directors for RP Tew Memorial Blood Center, later named Citrus Regional Blood Center for a total of 9 years, winning the Humanitarian Award for his service and commitment to the blood bank. While serving as president, Dave was instrumental in bringing the first bloodmobiles to the blood bank expanding the reach and ability to help fill the need for blood, saving many countless lives. Dave served the last two, 4-year terms as a trustee on the Brotherhood Commission of the Southern Baptist Convention before The International Missions Board was adopted to be the outreach missions arm of the SBC. Dave was a Grandmaster of Lakeland Lodge 91 serving over 50 years and was instrumental in the design, manufacturing and placement of the current sign of the lodge. At the time of his death, Dave was one of the longest serving Masons in Lakeland. In 2005 at 75 years old, Dave was the driving force behind raising the necessary funds to replace the old wooden sign at Griffin Cemetery in Kathleen, with a new granite sign and flag pole. Griffin Cemetery is on land that was donated by Confederate physician James Chapman in 1867/68. John Crawford of Crawford Farms in Kathleen, is the great-grandson of Chapman and both he and Dave worked tirelessly to see that the Griffin Cemetery entrance was revamped and made new again to honor not just their family members buried there, but others as well. Dave loved his country and the freedoms that men and women both before him and after him, fought for with sacrifice, so that he and others could live proudly and enjoy the liberties that come with being an American. As proud as he was to be an American, Dave was almost as proud to be a Florida Gator fan, traveling by train with Hilda for many years in the 60’s and 70’s to attend football games in Gainesville at a time when most men wore ties and ladies, dresses, regardless of the weather. Dave loved the Lord Jesus and people and he served as a deacon for many years. He was an encourager and always had a sense of humor. Dave helped many people, never expecting anything in return, ALWAYS rooting for the small business owner to succeed. He was selfless and caring. While Dave was successful in business, he was even more successful in being a loving husband, father, grandfather (Poppy) and great grandfather. Dave is survived by his wife Hilda of 68 years, celebrating their anniversary every February 14th. His two children Julie Sannicandro (Vince), David, Jr. (Kelly), eight grandchildren and nine great grandchildren. The family of Dave would like to thank each and every contributor from Cornerstone Hospice who has given selflessly and tirelessly to care for Dave and continues to care for Hilda. In lieu of flowers, two of Dave’s favorite organizations were St. Jude’s Children’s Hospital and The Florida Baptist Children’s Home. Dave would challenge us all to make a monetary donation to either, if not both. Funeral Services will be held Saturday, March 13th at Lakes Church on Memorial Blvd. in Lakeland starting at 10am for visitation, with the funeral service beginning at 11am. Following the church service, a graveside service will take place at Oak Hill Cemetery on S. Hwy 98 in Highland City.

David (Dave) J. Partin, Sr. went home to be with his Lord on Wednesday March, 3rd, 2021. Born at home in Kathleen, FL on Aug. 8, 1929, Dave moved to Thomasville, GA at 7yrs. old, joining the Air Force at 18, where he proudly served his country... View Obituary & Service Information

The family of David (Dave) J. Partin Sr. created this Life Tributes page to make it easy to share your memories.

Send flowers to the Partin family.