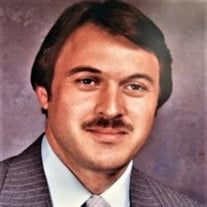 Clarence Eugene (Gene) Pansler, Jr., 67, passed away on March 11, 2022 and went Home to be with his loving Lord and Savior. Gene was born on September 22, 1954 in Mount Vernon, Ohio. He attended Central Bible College and Southeastern Bible College, receiving a Bachelor of Arts degree in ministry and secondary education. He later attended Nova University, receiving a Master’s Degree in educational leadership. He was an ordained minister of the Assemblies of God and pastored several churches, continuing the legacy of his grandfather and father as he shared the story of the redemption that comes from the power of the cross of Calvary. He was also an educator in the Polk County Schools System, teaching various subjects throughout his educational career. He enjoyed listening to short-wave radio, playing the guitar and keyboard, singing Gospel music, writing sermon outlines for Sermon Central, and taking his mother for long drives in the country. After retirement, Gene assisted with his father’s radio broadcast in Blairsville, Ga., often receiving numerous requests to sing one of his mother’s favorite songs, “I Am Redeemed.” In addition to his many talents, Gene’s greatest gift was his discipleship of being a humble servant of the Lord, often ministering to the downtrodden and destitute. He put his faith into action by sharing the message and hope of the Gospel to those who, as he described, were “down on their luck.” He continued to practice the call of the “Great Commission” and could often be found at the booth he rented at a local flea market ministering in song and sharing the love of Christ. He had a gentle and tender heart and was always ready and willing to give freely of his time and resources to family, friends, and even complete strangers. Being a very private man, Gene never bragged or boasted about his many acts of kindness and numerous contributions he made in providing for the needs of others as, with everything he did, he did unto the Lord. Throughout his battle with serious medical conditions in recent years, Gene displayed a brave and courageous spirit as he faced life’s challenges with great determination and an ever-increasing faith in God. His unwavering trust in the Lord’s ability to care for his every need was a reflection of the words from his father’s favorite song, “For I Know Whom I Have Believed.” Gene was a beloved son, brother, and uncle. Though he will be greatly missed by all who knew and loved him, we find great comfort in knowing that his favorite scripture verse, 2 Timothy 4:7, has now been fulfilled. “I have fought the good fight. I have finished the race. I have kept the faith.” We rejoice in the knowledge that as Gene walked through Heaven’s gates he was welcomed into the outstretched arms of Jesus with the words, “Well done, thy good and faithful servant.” Gene was preceded in death by his father, Dr. C. Eugene Pansler and a sister, Karolene B. Pansler. He is survived by his mother, Ruth Bailey Pansler, and six siblings: Darlene Pansler Stamm (Duane), Karen Pansler Lam (Kenny), Karla Pansler Patarini (Val), Karl F. Pansler (Heather), Lois Pansler Burnette (Rick), and Colleen Pansler Castor (Stan), fifteen nieces and nephews, and many other relatives. A visitation will be held on March 17 from 9:00-10:00AM with a Celebration of Life after at 10AM at Gentry Morrison Southside Chapel. Interment will follow at Oakhill Cemetery in Lakeland, Florida where he will be laid to rest beside his beloved father and sister under the granite tombstone whose inscription continues to preach the Gospel that was their life’s purpose: “Calvary Is Calling.”

Clarence Eugene (Gene) Pansler, Jr., 67, passed away on March 11, 2022 and went Home to be with his loving Lord and Savior. Gene was born on September 22, 1954 in Mount Vernon, Ohio. He attended Central Bible College and Southeastern Bible... View Obituary & Service Information

The family of Clarence Eugene Pansler created this Life Tributes page to make it easy to share your memories.

Send flowers to the Pansler family.