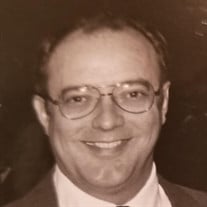 Bob Duckworth Lakeland - Bob was born Sept. 20, 1934 in Jacksonville, Florida to the late Fred & Ethlyn Duckworth, and passed away in Lakeland on July 31, 2021. Bob grew up in Winter Haven, Florida and graduated from Winter Haven High School in 1952. He attended the Citadel for two years before transferring to the University of Florida where he graduated in 1956 with a degree in Industrial Engineering, and was a member of the ATO Fraternity. Bob moved to Washington D.C. and worked at the U.S. Patent Office while attending George Washington University School of Law; upon graduating, he became a member of the Virginia Bar. Bob moved to Orlando in 1962 and became a member of the Florida Bar. He worked at Maguire, Vorhees and Wells, and part time with childhood friend, Bill Frederick at the newly formed Office of the Public Defender. Bob then started his own law practice, (Duckworth & Hobby, PA then Duckworth, Allen, Dyer & Doppelt, PA), with a concentration in Patents, Trademarks and Copyright law. Eventually he would go back to the Maguire firm before it merged with Holland and Knight, where he retired in 2001. Bob married Gwen Busing, (from Lakeland), on November 23, 1965 in Orlando where they lived and raised their family of four kids until moving to Lakeland in 2018. He is survived by his wife Gwen, sons Hank, Tim & Brian and daughter Laura Duckworth Wilson, eleven grandchildren and two great grandchildren. Visitation will be Sunday, Aug. 8th from 12 Noon – 1 pm at Gentry Morrison Southside Chapel, 1727 Bartow Rd. Lakeland, FL, followed by a 1 pm service at the funeral home. Interment will be at Oak Hill Burial Park.

The family of Bob Duckworth created this Life Tributes page to make it easy to share your memories.

Send flowers to the Duckworth family.