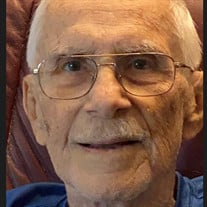 Arthur Lewis Haer, Jr., 82 passed away peacefully at home on January 4, 2022, in Lakeland, Florida. Artie was born in Dixonville, Pennsylvania on August 5, 1939, to Arthur L., Sr. and Adelaide Bloom Haer. In 1951, Artie and his family moved to Lakeland. He attended Lakeland Junior High School and in 1957 graduated from Lakeland Senior High School. Artie then attended the University of Florida and was a member of the Pi Kappa Alpha fraternity. He then moved back to Lakeland and worked with his father at Quick Café, a food vending business. In 1961, Artie married Mary Ann Burdette. They had three daughters, Tammy, Cindy, and Amie. He later owned three Aamco Transmission shops in Lakeland, Bartow, and Winter Haven. He retired from Aamco in the 1990s. Throughout his life, Artie had a real love of family, God, country, friends, cars, and fishing. From a very young age, Artie built and raced cars. As a child, he and his father built a go-cart with an engine and drove it all through the neighborhood, in those days called Laurel Hill. In his teenage years, he built and raced an Austin Healy. In his later years, he enjoyed watching NASCAR on television. Artie was an avid fisherman! He spent many years perfecting his craft. He fished for bass on countless secret lakes in Polk County with old school buddies, co-workers, and family. The family spent many weekends and Sunday afternoons fishing. He was predeceased by his mother and father. He is survived by his daughters’ mother, Mary Ann Haer, his daughters, Tammy Haer Springer (Rob); Cindy Haer-Fielding Conley; Amie Haer Hornbaker (Tom). His five grandchildren: Emily Springer, Cole Springer (Sydney); Addison Hornbaker, Patrick Conley, and Zachary Hornbaker; and his great-granddaughter, Ashton Springer. He is survived by his sister, Patricia Haer Foster (Frank), and her family; his brother-in-law and sister-in-law, Billy and Derenda Burdette, and their family. A celebration of life is planned for the immediate family. In lieu of flowers, donations to First United Methodist Church, 72 Lake Morton Drive, Lakeland, Florida 33801. The family wishes to express their gratitude to Helping Hands and Cornerstone Hospice. Condolences may be sent to the family at www.gentry-morrison.com.

Arthur Lewis Haer, Jr., 82 passed away peacefully at home on January 4, 2022, in Lakeland, Florida. Artie was born in Dixonville, Pennsylvania on August 5, 1939, to Arthur L., Sr. and Adelaide Bloom Haer. In 1951, Artie and his family moved... View Obituary & Service Information

The Family of Arthur Lewis Haer Jr. Created this Page to Make it Easier to Share Your Memories

Arthur Lewis Haer, Jr., 82 passed away peacefully at home on...

Send flowers to the Haer family.